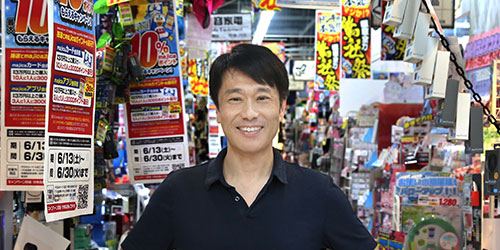 Naoki joined the Company in 2007 as General Manager of Overseas Business Headquarters and President of Don Quijote (USA) Co., Ltd. He was recruited by then President, Mr. Takao Yasuda (Our Founder, Founding Chairman & Supreme Adviser). Naoki joined the Company at the age of 42, back then, which was unusual. He was appointed as a board member (Director) in 2012, and subsequently promoted as Senior Managing Director in 2013. He had a broad range of positions at PPIH, including responsibilities of Chairman's Office, Finance, Legal & Compliance, M&A, Employee Management amongst others. He was appointed as Representative Director & CAO (Chief Administrative Officer) & Senior Managing Director in 2018. Then, Naoki was appointed as President & CEO in 2019. As CEO, he has been leading PPIH and initiating key new strategies such as PMI with Uny, Projects for further empowerment and delegation to all levels of employees and managers, cultivation of leaders for the next generations, digitalisation of the group through Marshmallow Initiative including AI based pricing, and others. He also serves as a Board member of Asia Crime Prevention Foundation and is an Executive Member of Keidanren (Japan Business Federation).

Prior to joining the group, Naoki worked for a renowned consulting firm and financial institutions, but he is nonchalant about his past career, and rather weighs his decision in 2007 to join PPIH as "the best choice I have made" because he was given the life-changing opportunities to work with Mr. Yasuda and all of his colleagues at PPIH.

Naoki's favorite quotes from "The Source" (Genryu) is "Rather than list all the reasons you can't do something, think long and hard about how you make it possible" (Article 10.9. Ten Precepts Relating to Employee Mindset and Conduct), and "Clear victories, and clear defeats. Time Limits. The smallest rules. Broad discretionary powers." (Twelve Precepts of the Mindset of a Future Leader).

Naoki was born in Osaka City in 1964. He graduated from International Christian University with BA in 1988, and earned MBA from INSEAD in 1995. 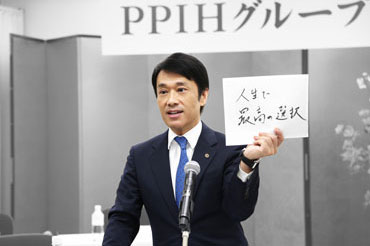 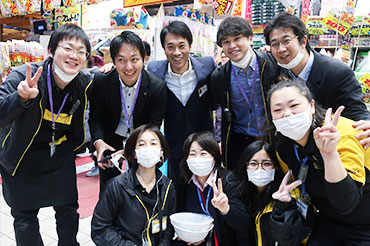