Reducing the environmental impact of the PPIH Group's business activities 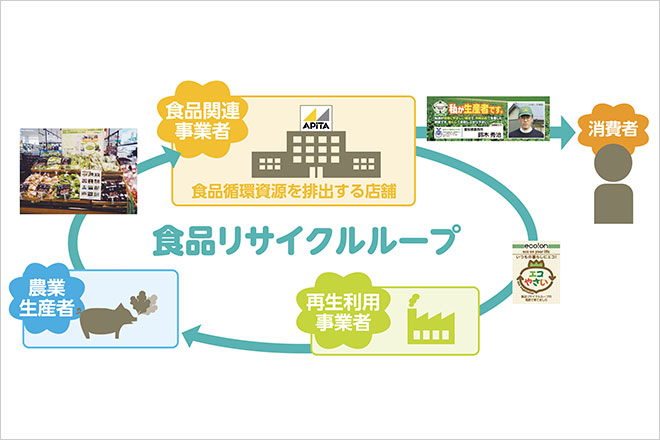 The PPIH Group is striving to reduce waste generation, as well as promote recycling in order to create a sustainable, recycling-oriented society. We will contribute as much as possible to the reduction of environmental impact by reducing waste generated from corporate activities, and by recycling the generated waste as recycled resources. The food recycling loop implemented by UNY connects producers and consumers through local circulation and local production for local consumption, and provides safe and secure agricultural and livestock products. 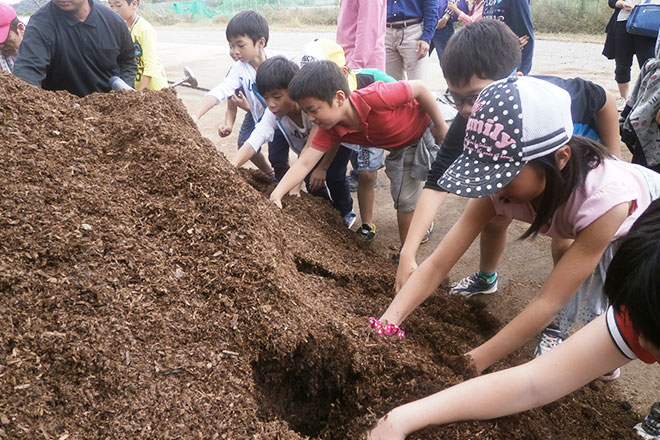 Ferment thoroughly and allow to mature for 90 days 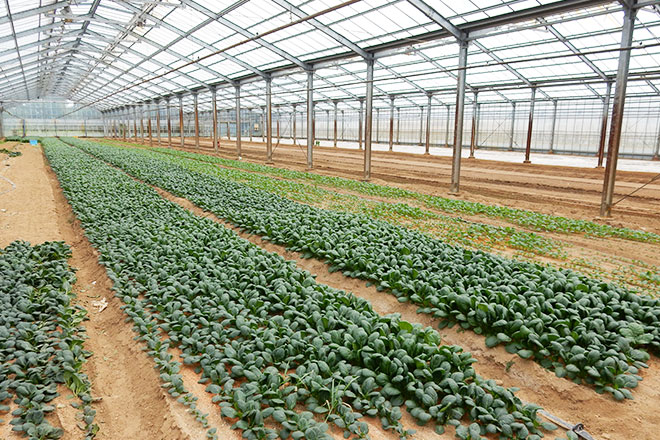 Produce vegetables using compost, and have them on the shelves the day after being harvested

Waste reduction and promotion of recycling

The PPIH Group strives to reduce waste and promote recycling in order to realize a recycling-oriented society.
The MEGA Don Quijote Nagano Store has set up a recycling station in-store to collect used paper such as cardboard and magazines for use by local customers. 1 majica point will be returned to customers for each 1kg worth of old paper they bring in, and 50 points can be exchanged for a \50 coupon. Additionally, all paper collected will be recycled through recycling companies.
As a service that reduces household waste and makes effective use of resources, as well as a value-added service that allows customers to earn points, it has gained the support of customers, leading them to return to the store.
Through these services, the PPIH Group is working together with its customers to realize a recycling-oriented society.
※Electronic money that can be used at PPIH Group stores. 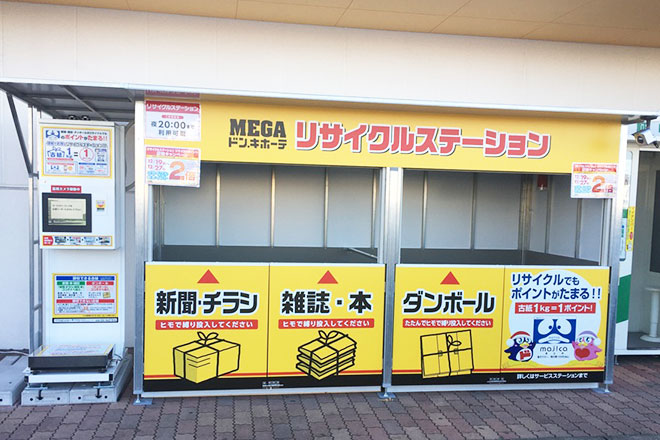 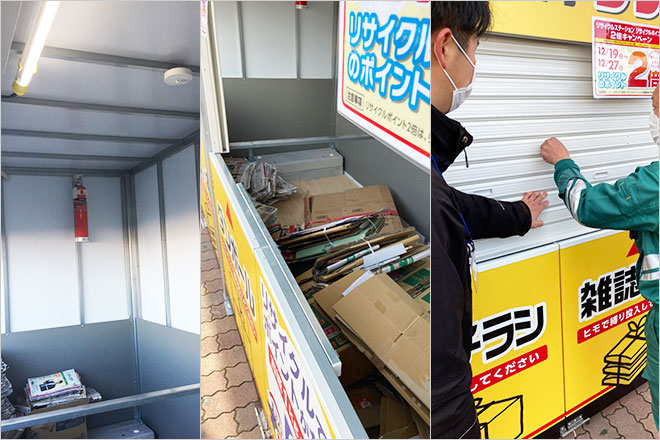 Fire extinguishers and security cameras are installed in the storeroom, and the shutters are closed after hours for security measures. 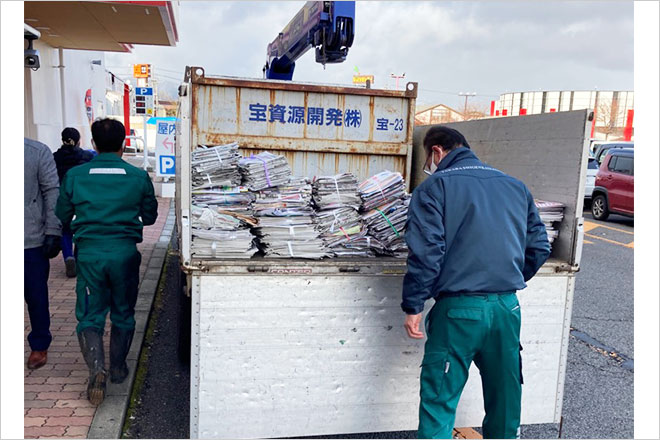 Collected paper is turned into recycled paper by recycling companies.

In order to reduce the environmental impact of store operations, the PPIH Group is working to reduce CO2 emissions by installing "energy-saving equipment" that efficiently operates store air conditioning systems, as well as refrigerated and freezer cases. In addition, UNY has obtained ISO 14001 certification for its environmental management system at its head office and all of its stores, and has set targets for reducing the consumption of electricity, gas, and heavy oil at each of it's stores, as one of the ISO environmental goals. UNY as a whole is promoting energy-saving initiatives with a FY2020 target of reducing CO2 emissions by 3% (per business area and business hour) from the previous year. 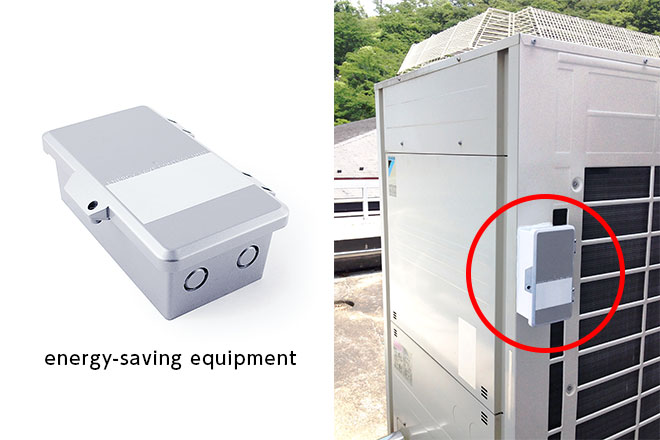 The PPIH Group promotes initiatives to reduce the generation of plastics, as well as recycle them properly as a resource, given that the use of plastic leads to the destruction of natural resources, including marine issues.

■Reduce and recycle household waste by collecting used plastic containers, packaging them and recycling them as a resource. 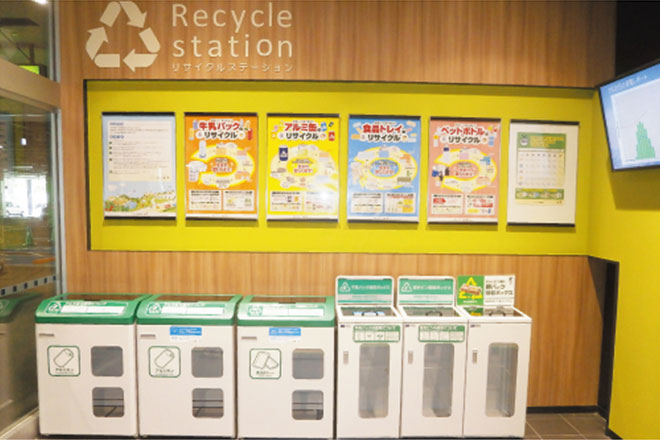 ■Selling plastic bottle caps to a company specializing in plastics, and donating all proceeds to the "Japan Committee Vaccines for the World's Children", a non-profit organization.
■In 2007, we started charging for plastic bags, encouraging customers to use their own bags and thus reducing the number of plastic bags. In June 2020, all PPIH Group stores started charging for these bags, and we have now achieved a refusal rate of approximately 90% at UNY and 80% at Don Quijote. 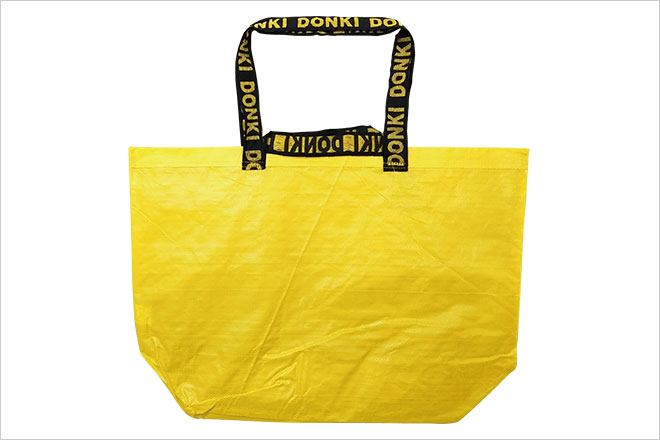 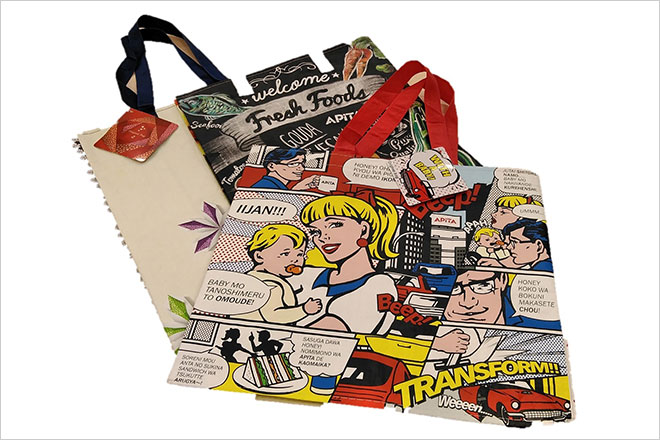 ■The introduction of transparent cases and fruit cups made of 100% biomass plastic for use in UNY's fruit and vegetable corners. 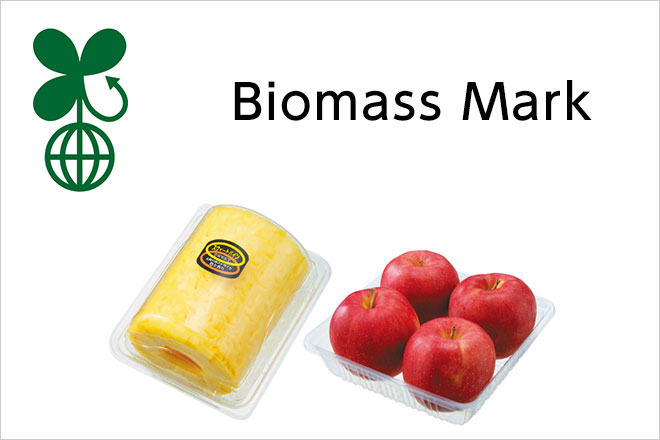 ■We are also committed to social action programs, such as environmental education for children in a sustainable society, in our stores. Don Quijote also makes use of the characteristics of its community-based stores in order to carry out social activities on a store-by-store basis, such as displaying "plastic-free posters" in stores in cooperation with nearby elementary schools, as well as broadcasting in-store announcements to encourage children to use their own bags. 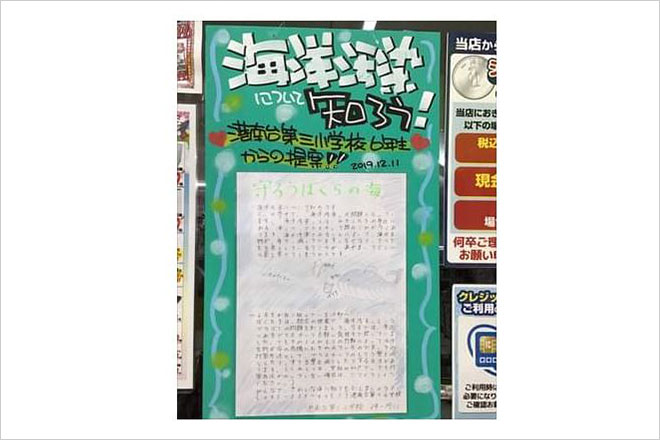 In order to lessen emissions of Co2 gas, which is produced as a result of the PPIH Group's business activities, we have implemented wind and solar powered energy sources at a number of our stores. We are evaluating the effectiveness of renewable energy sources for the future, and are moving forward with the intention of reducing the environmental impact which the Group's business has on the environment.

■No. of stores with implementation (as of November 2020): 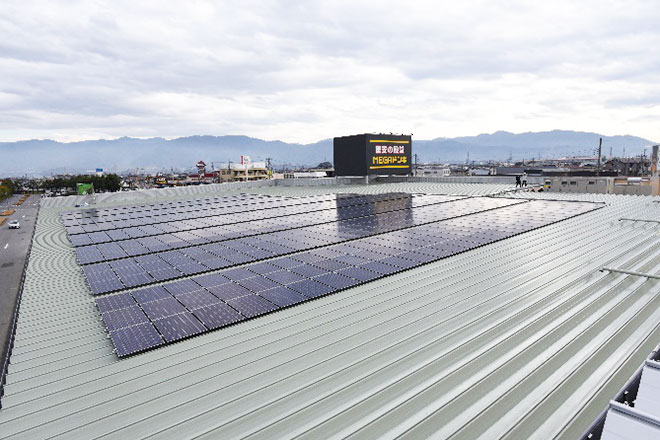 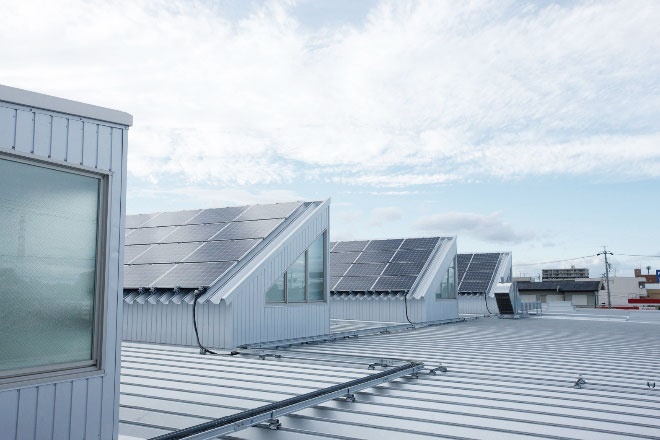