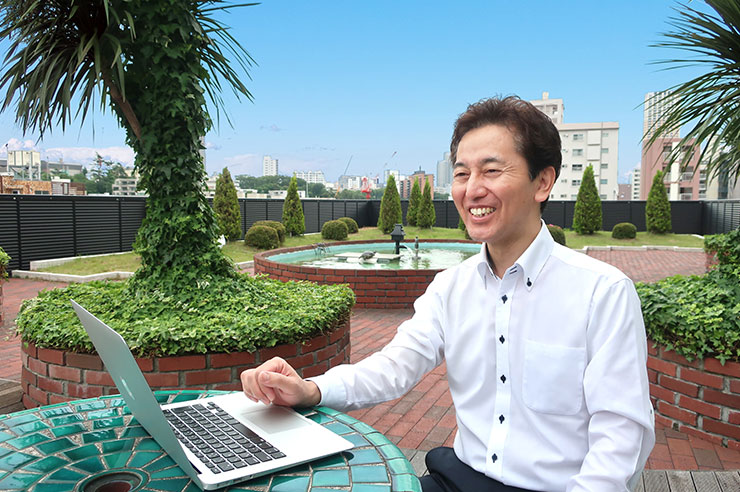 Chief Administrative Officer(CAO) and Head of Accounting Headquarters and Director & Managing Executive Officer Yuji Ishii joined Don Quijote Co., Ltd. in 2008. Rather than contributing to companies through an accounting office, he hoped to try working inside a business company--an environment in which he could use his knowledge and experience of accounting and taxation. He had also used Don Quijote as a consumer, and felt that the company was familiar. Eight years later, in 2016, he became head of Administration Headquarters in Don Quijote Shared Services Co., Ltd., which is solely responsible for the Group's indirect office functions. In 2017, he served as head of General Accounting Headquarters, and in 2019 he was appointed president & representative director of Don Quijote Shared Services Co., Ltd. He is currently in charge of PPIH's General Accounting and Financial Accounting Departments.
Mr. Ishii makes use of seven years' experience working in his previous occupation at an accounting office; he is also a certified public tax accountant, and so he carries out a number of tax investigations within our company. He has a track record in organizational restructuring, including spinning off companies and creating holding companies within the Group.
He is in charge of accounting and taxation, and within this area it is easy to say that something is impossible by using standards and laws as shields. However, in his position supporting our stores, Mr. Ishii always strives to do his work by thinking about what can be done, including proposing alternate plans.

His favorite, most-quoted parts of The Source are Ten Precepts Relating to Employee Mindset and Conduct no. 9: "Rather than list all the reasons you can't do something, think long and hard about how you make it possible."

He was born in Ibaraki Prefecture in 1972.
back