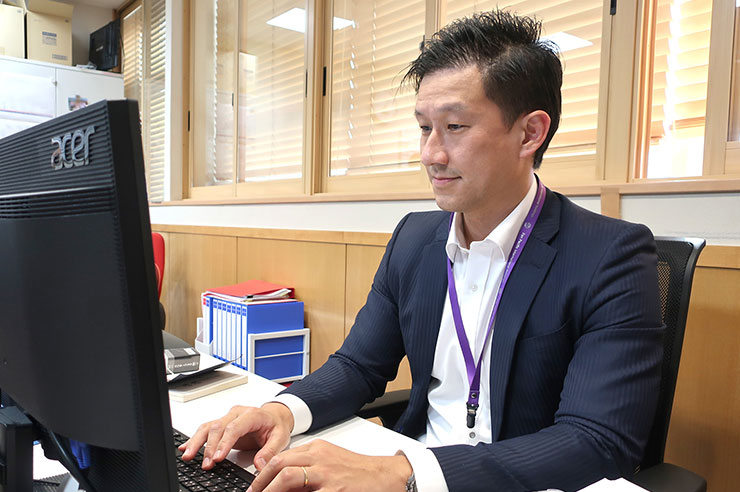 Tetsuji Maruyama is a Executive Officer, and our Co-Chief Merchandising Officer(Co-CMO). In 1997, he heard that Don Quijote's eighth store, the Shinjuku store, was hiring staff en mass for its opening, and was interested. He immediately visited the former Fuchu store, the Suginami store, and the Tomei Kawasaki store during the afternoon and the night, and, having seen for himself the CV + D + A (Convenience + Discount + Amusement) concept that he would study after entering the company, the possibilities of a night market, and a time-consuming retail business, he was deeply impressed and joined the company.
In 2013, he was appointed an executive officer of Don Quijote Co., Ltd., and in 2017 he became the head of the company's Store Management Support Headquarters. That year, he also served on the Audit & Supervisory Board of UNY Co., Ltd. and UD Retail CO., LTD.; following this, he took up the post of director & executive officer of UNY Co., Ltd. in 2019. He is currently in charge of the PB (Private Brand) Business Development Department.
Mr. Maruyama holds the idea that, "It is because this is a job that people in the company avoid if they can that it is a 'Blue Ocean'."
Until now, Mr. Maruyama has increased his number of new skills by taking on challenges in new and completely different areas of business. In order to further broaden the areas through which he can contribute to our company, his priorities lie in using all his efforts to reliably tackle the work with which he is entrusted, without advocating for himself.
He is not a specialist with an area of expertise in which he excels; people don't think of him when a certain topic comes up. Mr. Maruyama aims to be a generalist who can make use of his past experiences in many different areas in a comprehensive way. He is committed to numbers, and will achieve these thanks to the amount of comprehensive experience he has gained until now. This is the kind of generalist he aims to become.

His favorite, most-quoted parts of The Source are Ten Precepts Relating to Employee Mindset and Conduct no. 5 "Make others the subject of the sentence so you can talk from their perspective," and no. 9: "Rather than list all the reasons you can't do something, think long and hard about how you make it possible."

He was born in Osaka Prefecture in 1973.
back